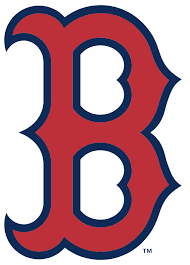 Francesco Nicola Vigorito, Jr. , of Reading, beloved son of Frank and Jeanette (Quiles) Vigorito, passed away on Monday, September 5th, 2022, surrounded by his loving and devoted family, at the age of 21.

Affectionately known as Frankie, he lived a life like none other.  Born into a devoted and loving family, they made sure Frankie lived life to it’s fullest.  Frankie attended and graduated from the Cotting School in Lexington. He was a sports fanatic, often representing his favorites with the many jerseys he owned. Frankie was a huge WWE fan. He was able to meet his favorite wrestling superstar, John Cena with the Make A Wish Foundation. He enjoyed the best Italian foods, meatballs, pasta and sauce, made special by his Nonna.  Frankie was an avid traveler; having been coast to coast. Disney World and the Magic Kingdom were Frankie’s favorite destinations, along with getting to spend time with his Ita and Grampy-O in Florida and on Florida’s shores. Shopping was another cherished activity. Frankie and his family would make sure he had the best in suits and tuxedos, along with whatever dress up costume Frankie would want. Looking good was easy; with his bright smile and sharp ensemble. He had a great sense of humor, giving his “peace sign” as a sign of endearment. Jokes and teasing were always a way to show love. Frankie’s love, generosity and perseverance showed everyone the type of person he was. He was always there to help out anyone in need and be involved in causes that assisted those people that needed it.

Frankie was a kind, loving spirit.  Nothing ever slowed him down. He lived his life having seen and known all of what it has to offer. Frankie will forever be held in the hearts of his family and the countless friends, medical personal and people he touched. To know Frankie was to love Frankie and life was more exciting and fulfilling with him in it.

Flowers are greatly appreciated, but those who wish, may make a donation in Frankie’s Memory to the Frankie Fund, Cotting School, 453 Concord Ave, Lexington, MA 02421.

To send flowers to the family or plant a tree in memory of Frankie N. Vigorito, Jr., please visit our floral store.

A Memorial Tree was planted for Frankie

Join in honoring their life - plant a memorial tree